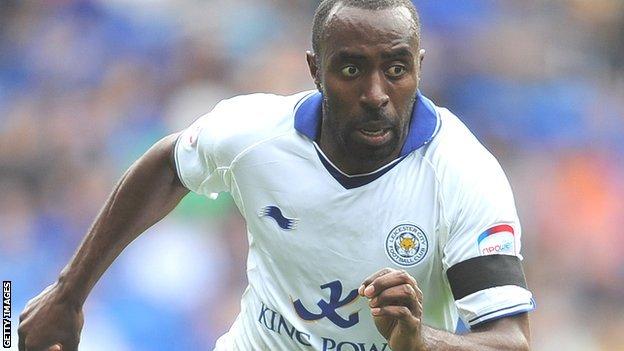 Vassell, 31, was signed by former Foxes boss Sven-Goran Eriksson in 2010 but has also been hampered by injuries.

He only made 13 appearances during the season just ended after damaging knee ligaments last November.

Vassell's release has been the one which has drawn the most reaction from Foxes fans. His pace, international experience and eye for goal is a potent mix in any league. A serious knee injury last term probably made Pearson's mind up.

Have your say on BBC Radio Leicester's Football Forum at 18:00 BST on Monday

He was brought to the club by current manager Nigel Pearson during his first spell in charge in July 2008, but has struggled with a succession of injuries.

Weale looks set to join Yeovil Town, while veteran forward Howard and former skipper Oakley, are both looking for new clubs after four-and-a-half years at Leicester.

Youth-team product Chamberlain, 20, failed to play a first-team game for the Foxes.