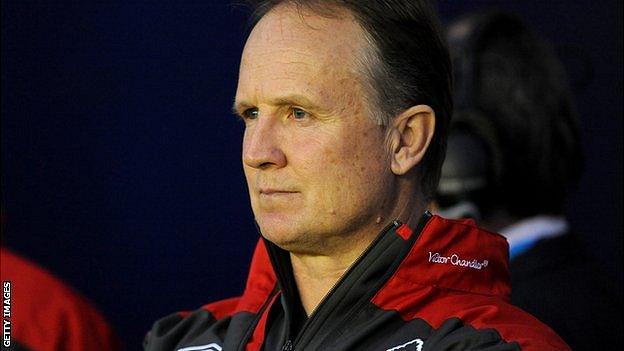 Former Nottingham Forest coach Sean O'Driscoll says the Reds will avoid repeating their flirt with relegation next season if they can swiftly resolve uncertainty about the club's ownership.

He said uncertainty about the ownership following the death of Nigel Doughty "affects everybody" at the club.

"But if they can sort it quickly, the club can go from strength to strength," the 54-year-old added.

"It was an enjoyable period. It was a good fit and a tough decision to leave

O'Driscoll helped guide the club away from the Championship relegation zone during his three-month spell at the City Ground, working alongside boss Steve Cotterill.

He was offered the chance to stay at the City Ground but said the opportunity to take on another management role was too good to turn down.

"Forest made it clear there was a role for me and I had no qualms about accepting," O'Driiscoll said.

"It was an enjoyable period. Everyone from the kit man to the tea lady made me feel really welcome. We worked really hard together and achieved what we wanted to.

"I have known Steve Cotterill a long time. He gave me a call and I was delighted to come in. It was a good fit and a tough decision to leave.

"But this [Crawley job] gives me a new challenge."