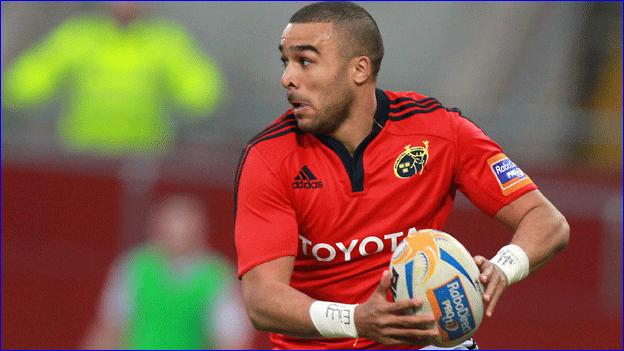 Ireland coach Declan Kidney has named three uncapped players in his squad for the summer tour to New Zealand, which will feature three Test matches.

Ulster's Darren Cave and Dan Tuohy are included, but Craig Gilroy misses out.

Tom Court has been ruled out with a thumb injury sustained in the Heineken Cup final while Brian O'Driscoll returns after missing the Six Nations.

O'Driscoll is back in the squad for the first time since the Rugby World Cup and has been confirmed as captain for the tour.

There are a number of spaces left vacant with a further prop, second row, back row and scrum-half to be added before the squad departs for New Zealand.

Paul O'Connell is certain to occupy one of those slots if he recovers sufficiently from a minor knee operation.

Isaac Boss is also set to come in, although Paul Marshall may come under consideration if Boss fails to recover from a quad muscle injury.

Brett Wilkinson and Chris Henry are being tipped to come in to take the vacant forwards' positions.

Paddy Wallace has been omitted and Tommy Bowe is not available after having surgery on a kidney problem.

Luke Fitzgerald is missing with a neck injury which kept him out of the Heineken Cup final.

Ireland will play world champions New Zealand in Auckland on June 9, with Tests in Christchurch and Hamilton to follow on 16 and 23 June.

"This is a fantastic opportunity for some of the players coming into the squad," said Irish coach Declan Kidney.

"It will be a great learning experience and this is not the time for the faint of heart.

"We will go there as strong as we can and front up."