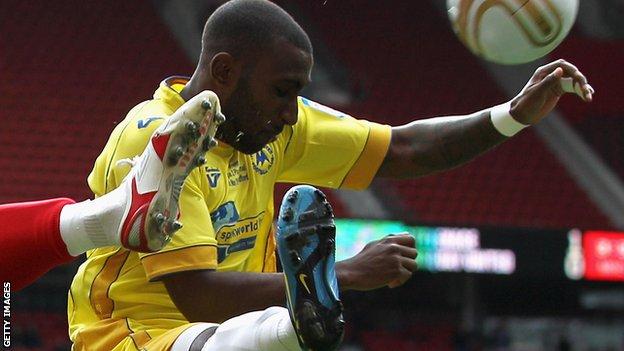 Meanwhile, the club has given Welsh winger Nathan Craig a two-year deal after a trial spell at Plainmoor.

Rowe-Turner, 21, made just one start this season, in the Johnstone's Paint Trophy loss at Cheltenham Town, but played 24 times as a substitute.

The former Leicester trainee made just 11 starts in total during his time at Torquay as he struggled to oust first-choice Kevin Nicholson at left back.

His last league start was in February 2011 in a 2-2 draw at Cheltenham.

Torquay boss Martin Ling told the club website: "He is a left back who can also play left midfield and I need a more defensive left back, who can perhaps play centre-half as well, which is one of the areas I will be looking to improve over the summer.

"It is more to do with the shape of squad than ability of player, so he's been unlucky, but he has certainly shown enough to be an asset for a League Two club or a Conference club."

Palmer, 20, never played for the Gulls and was on loan at Truro City.

He announced he had been released on Twitter, saying: "Just been told by the manager that the club won't be offering me a new contract. Kick in the teeth."

Commenting on former Wales under-21 international Craig's signing, Ling said: "He has done really well in an extended trial and has touched the bench a couple of times.

"He hasn't been able to get in because of the form shown by Eunan O'Kane, Lee Mansell and Damon Lathrope in the midfield area.

"It is a similar scenario to O'Kane, in that he has been at a big club and taken a while to find his feet again."