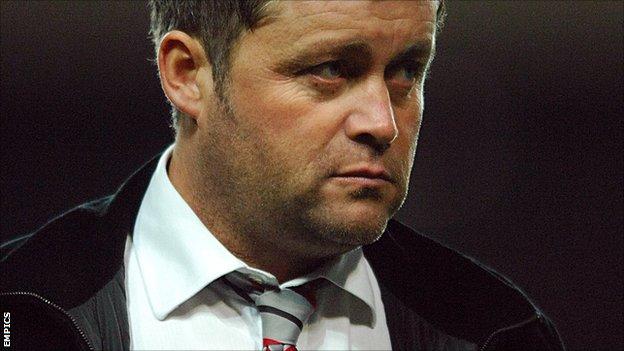 Macclesfield Town have appointed Steve King as their new manager.

"He's got a good track record down south, he's very ambitious and he's an impressive guy. He may give the club the change and drive that it needs."

He continued: "There aren't very many managerial hotseats out there that people want, and when one becomes available, you don't really have to look very hard for applications. They come flowing in.

"Steve's interest was clear and the club have made a decision. It's perhaps a little bit riskier than some of the safer judgements, but it's one that we hope to get a return from.

"He's a guy that's hungry for success, so let's give him a chance and see what he can do."

King came to prominence as manager of Lewes, leading them to the top division of non-league football in 2008 during the first of two spells at the Dripping Pan.

He returned to the Rooks in the summer of 2011, three years after first leaving the club, but lasted only a few months before departing by mutual consent in January following an internal investigation.

On his new appointment, King told the club website that Macclesfield were offering an exciting challenge.

"I want to manage at the highest level possible. To be given the chance to lead the club to an early return to the Football League is a great opportunity," he added.

Southport boss Liam Watson was also targeted by the Silkmen, but the Blue Square Bet Premier club rejected the approach.

Meanwhile, Andy Scott has announced his intention to stand down from his position as vice-chairman of Macclesfield with immediate effect.