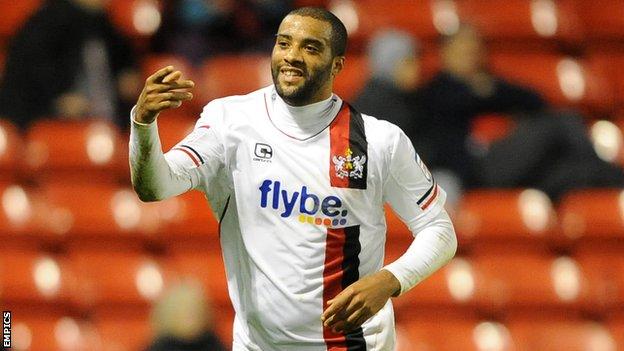 Striker Richard Logan has reacted angrily to news that his five-and-a-half-year career at Exeter City has come to an end.

Logan is among four players to be released by St James Park club.

"Not even a call 1st. I'm devastated that couldn't even get the respect of a call. #joke," he tweeted.

But Exeter City chief executive Julian Tagg told BBC Sport that Logan had been told about the decision not to offer him a new deal by manager Paul Tisdale.

"Paul is meticulous and caring with all his players," said Tagg. 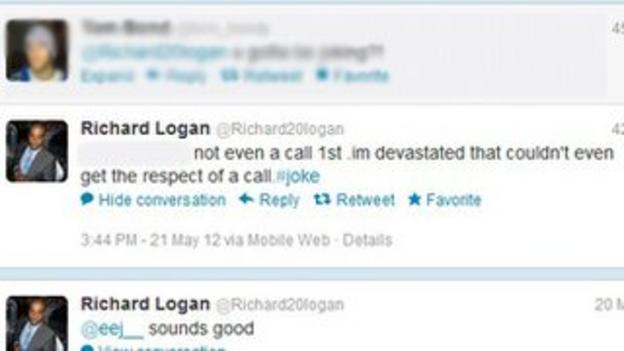 "Richard was spoken to along with all players and it was made clear that there wasn't going to be an extension of his contract.

"If he has misunderstood this the club will speak to him as soon as possible."

Noble, 30, joined Exeter from Bristol City in August 2010 and made 88 appearances for the club.

Both Noble and Logan had told the BBC they were unsure whether they would be at the club next season, while Pidgeley tweeted earlier this month that he expected to be leaving after failing to displace Artur Krysiak as first-choice keeper.