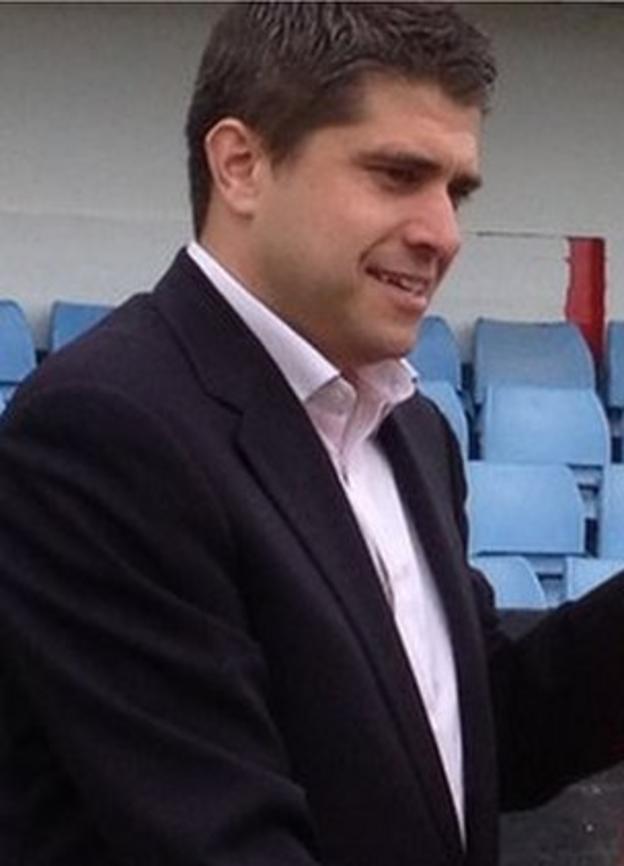 Redditch United chairman Chris Swan admits that his first year in charge at The Valley Stadium has proved to be a real baptism of fire.

Swan took over in March 2011 with the club doomed to relegation from the Blue Square Bet North and facing major financial problems.

But the Reds avoided a second successive relegation by staying up in the Southern League Premier.

And Swan is confident that Worcestershire's third-highest ranked football club can now look forward to a brighter future.

"It has been horrendous," Swan told BBC Hereford & Worcester. "Off the field, a lot of problems have emerged since we took over the club.

"It turned out there were debts of nearly £200,000 and we had bailiffs trying to take the floodlights.

"But all that is behind us now - we have got a stable club, we have got accounts, systems and an infrastructure."

On taking over at The Valley, Swan did not take long in cutting the playing budget to zero.

Under those conditions, it was clearly always going to be a struggle - and the Reds were duly relegated to the Southern League, in which they continued to struggle.

Manager Graham Hyde kept the Reds up with a game to spare, only to then decide that he did not want to continue in the role, which offered the opportunity for former boss Simon Redhead to return, with Asa Charlton as his assistant.

And, having recognised that the club cannot survive on football revenue alone, Swan and his fellow board members are focusing on off-field activities to put the Reds back on an even keel.

"We lose £70,000 playing football and make £72,000 through the function rooms and corporate sponsorship. The off-the-field income is a very important side of it ."

And, after putting in so much hard work to transform the Reds' finances, Swan insists that there will be no resting on their laurels as they continually look at other ways of generating income.

"We have looked very closely at other models that are going on around us," he said.

"Sutton Coldfield are a very successful model. They have replaced their pitch with a 3G playing surface and have been able to bring in a substantial amount of extra income through pitch hire.

"We're looking at that as a possible way forward, but I'd stress that, were we to go down that road, it would not prevent us playing our league football at Southern League Premier Division level."