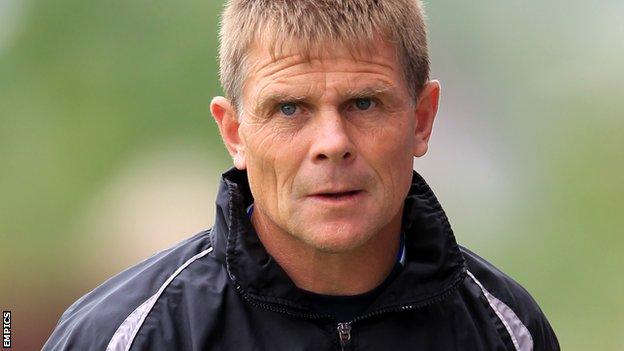 Andy Hessenthaler says he wants to manage again despite accepting a role as Gillingham's director of football.

Hessenthaler took the position last week after a two-year spell in charge at the Priestfield Stadium.

He told BBC Radio Kent: "I've decided to take the role on. Whether it's long term, I don't know.

"Will Andy Hessenthaler be a manager again? Yes, of course, if there was an opportunity and it was the right thing to do."

He added: "Management is a tough job. It's not easy. You're judged on results and it can get to you at times.

"Sometimes it gets to you and you need a break. If a job comes along, and to be fair to the chairman, he knows I'm chomping at the bit to be a manager at some point in my career.

"If I get that opportunity maybe that's what I would do, go back into management."

Earlier this month Hessenthaler agreed with Gills chairman Paul Scally to step down as manager after narrowly missing out on the League Two play-off places in each of the last two campaigns.

The scouting network at Gillingham has not been great over the past few years. We do need to look elsewhere in Europe

His new role will see him overseeing all footballing matters at the Kent outfit, with an emphasis on scouting and player recruitment.

"At the moment I'm really getting to grips with doing this job," Hessenthaler continued.

"I'm thinking about the football club and I want to help them because I've got so much passion for the club.

"The scouting network at Gillingham has not been great over the past few years.

"We do need to look elsewhere in Europe. There's definitely players out there.

"If I can be big part of that, then fantastic."