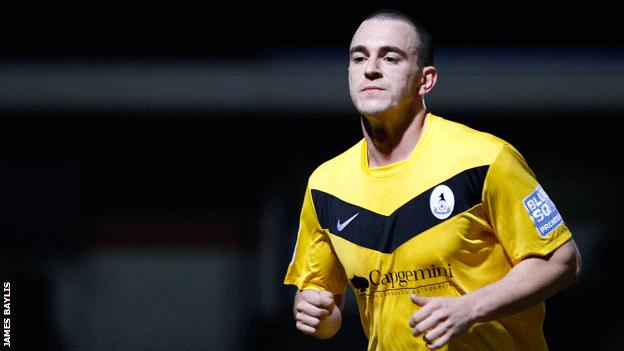 Since finishing the season on loan at the Bucks Head, Brown has been released by parent club Southport and was due to join Telford on a more permanent deal.

But Brown, 22, has moved back to south Wales to throw up a geographical issue.

"We had something agreed at the end of the season, but we've now hit a brick wall with Jon", Telford boss Sinton told BBC Radio Shropshire.

"He was living in Liverpool during his time at Southport, but now he's moving closer to home - he's decided to move back to Cardiff.

"He didn't drive last year, which throws up a few issues, so we're waiting to see what materialises with that, but he's a good player."

Bridgend-born Brown, who started his career at Cardiff City, represented Wales and Under-17, Under-19 and Under-21 levels.

He played for Wrexham in the 2008-09 season and also spent a short period last year at Bath City.