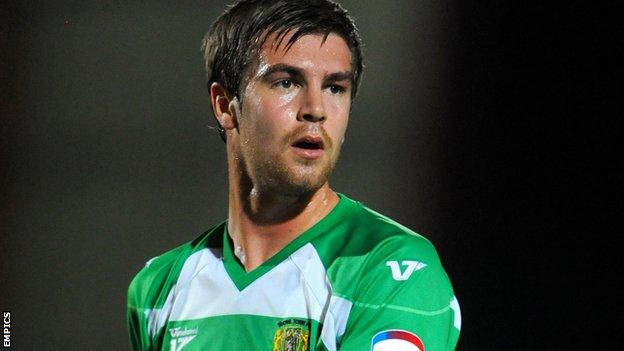 Defender Paul Huntington has agreed a two-year contract at Preston North End after rejecting the offer of a new deal at League One rivals Yeovil Town.

The 24-year-old had been with the Glovers for two seasons and made 85 appearances, scoring six goals.

"He has all the attributes needed to be successful at this level and I fully expect him to be so," Preston boss Westley told the club website.

Huntington is the fourth player to turn down a new contract at Huish Park, along with Andy Williams, Jonathan Franks and Jonathan Grounds

After starting at Newcastle, Huntington had spells at Leeds and Stockport before his move to Somerset.

"Naturally I'm disappointed that Paul has decided to move on but I did feel he would end up moving back up north," Yeovil manager Gary Johnson told the club website.

Johnson continued: "He has been away from home for a while now and his expected decision has given me the opportunity to look at other options.

"I am happy with those options and when everything has been agreed, and at an appropriate time, I will reveal the name of the new centre-half."