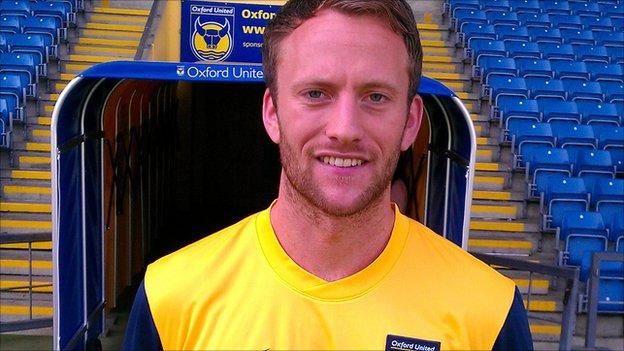 New Oxford United signing Sean Rigg believes the club can recover from missing out on promotion and go up next season.

The U's looked certainties for the play-offs before a dramatic end-of-season collapse saw them miss out.

But Rigg, who completed his signing from Port Vale on Tuesday, believes they can bounce back next term.

"I wouldn't have come here if I didn't think they could go up next season," Rigg told BBC Radio Oxford.

The 23-year-old scored 10 times for Port Vale last season, including one against the U's, and says he can see huge potential at Oxford.

"It's a big club on an upward curve and that is obvious to a lot of people," he added.

"They were unfortunate to miss out on the play-offs last season and I'm sure with a bit of a push they can get there this year and I'm looking forward to being a part of that."

U's boss Chris Wilder admitted on Tuesday he had been tracking Rigg for some time and the former Port Vale man says that is a boost to his confidence.

Rigg added: "We have a good strong squad, you need competition for places, and hopefully next season players can stay fit.

"There is always pressure, but I am confident in my own ability and I cannot wait to get cracking."