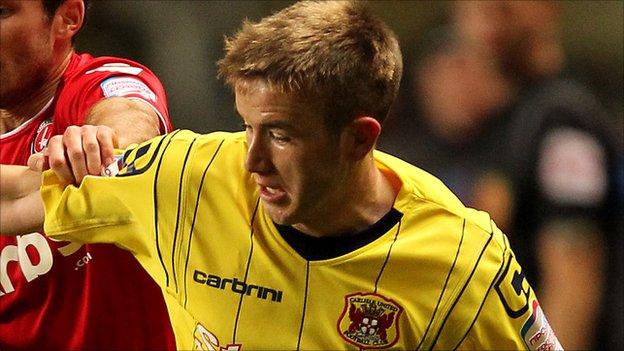 Carlisle United striker Paddy Madden is excited by the prospect of playing for the Republic of Ireland Under-21 side in his home city of Dublin.

The 22-year-old was called up for two games, the first against Denmark at the Tallaght Stadium on Monday.

"It'll be the first time I'll have played at this level in my home town," Madden told the Carlisle website.

"My family are all really proud of me anyway so it will be nice to hopefully make an appearance in front of them."

In addition to the Denmark friendly, Madden is also in line to face Italy in a European Championship qualifier on Monday, 4 June.

Madden has endured a mixed 2011-12, with a long-term metatarsal injury affecting his first-team progress at Brunton Park.

However the former Bohemians forward recovered from the absence to record his first goal for the club against Yeovil Town in February.

"I think I told everyone that my confidence had taken a little bit of a hit after the injury last season, but this is a real boost for me.

"I want to do well for my country and then come back in pre-season and push on with the club. Carlisle is a great place to be and I just want to show everyone what I can do."