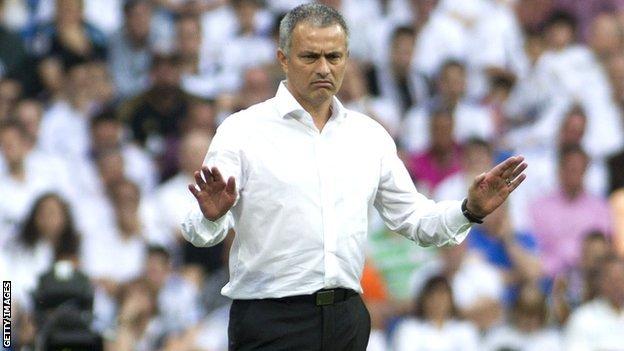 Jose Mourinho has signed a new four-year contract to remain as manager of Real Madrid until 2016.

The Portuguese, 49, took over at Real in 2010 and guided his team to success in the Copa del Rey in his first campaign in charge.

This season, he led Real to their first league title in four years.

Mourinho won the Premier League twice with Chelsea and has won domestic and Champions League titles with both Porto and Inter Milan.

Real went out of their domestic cup competition at the quarter-final stage this season, losing 4-3 on aggregate to Barcelona and lost on penalties in the Champions League semi-finals to defeated finalists Bayern Munich.

But they won La Liga by nine points, their 32nd title in all but their first since 2007-08. Their totals of 100 points and 121 goals were new Primera Division records.