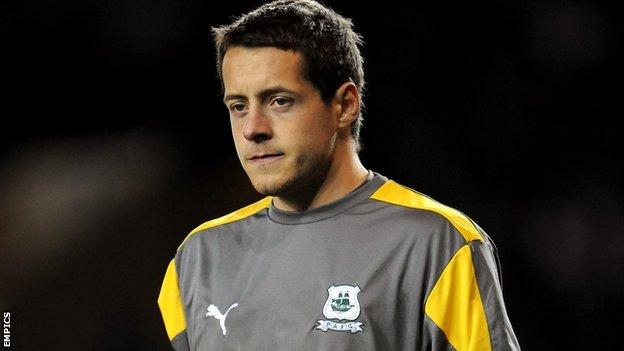 Ex-Plymouth goalkeeper Luke McCormick is to join Swindon Town on a trial basis when he is released from prison.

The 28-year-old was sentenced to seven years and four months in jail in October 2008 for killing two children in a crash.

McCormick will be released in June after serving three and a half years and is set to join Swindon on their pre-season tour of Italy.

He has been training with the club since January while on day release.

McCormick made 157 appearances for Argyle but the club terminated his contract by mutual consent after he had been charged and bailed.

Commenting on Swindon's decision to take on the keeper, chairman Jeremy Wray told BBC Wiltshire: "Our sympathy is with the family of the victims - that will never change. There's been a complete tragedy and lives have been destroyed.

"This guy has done his time in prison. He wants to come back and give something back to society.

"The best way we can do that is to rehabilitate, and that's the role Swindon can play. It's a benefit we've thought about in the long term.

"It's going to be a big debate and I'm not frightened of it.

"Luke might have done three and a half years but he undoubtedly wakes up with a life sentence every day and thinking about what he's done.

"Does he try and do something positive with the rest of his life and give something back? If one life is saved in the future because of that, then it's the right action."