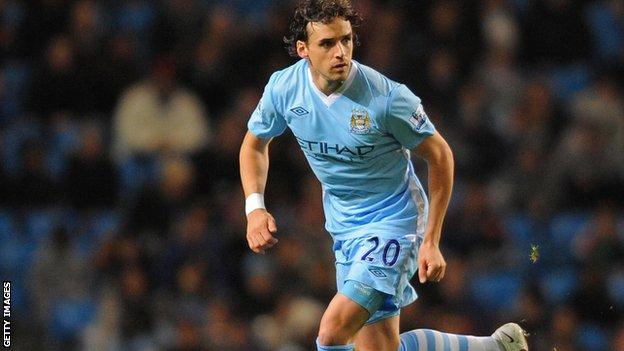 Owen Hargreaves has been released by champions Manchester City after one season at the Etihad Stadium.

Hargreaves, who managed only 13 minutes of Premier League action for City, was on a pay-as-you-play contract.

Former Barcelona midfielder Gai Assulin, who signed for City in December 2010, has also been released.

"We thank all our departing players for their services to the club and we wish them the best of luck for the future," said a statement on City's website.

Before joining City Hargreaves had considered retiring from football because of the injury that limited him to 18 league starts at United since joining from Bayern Munich in August 2007.

He featured for City four times in total with only one league appearance - as a 77th-minute substitute against Aston Villa in October - and has not played senior football since the 3-2 FA Cup defeat by United in January.

Hargreaves suffered a series of niggling injuries after joining City, including a calf problem in October.

Assulin, 21, signed for City in December 2010 but failed to break into Roberto Mancini's first team plans.

He spent the final two months of the season on loan at Brighton, where he made two starts and five substitute appearances.