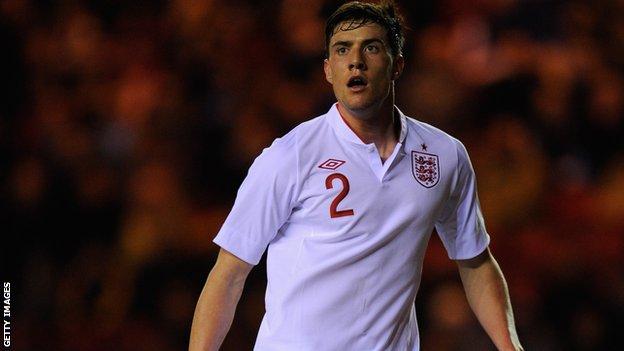 Liverpool defender Martin Kelly has been added to the England squad ahead of Saturday's friendly with Norway.

England manager Roy Hodgson has returned to his former club by drafting in Kelly to provide cover for the pre-Euro 2012 warm-up in Oslo.

Chelsea trio John Terry, Ashley Cole and Gary Cahill have been given extra time off following the Champions League win over Bayern Munich.

Martin Kelly has made 47 appearances for Liverpool, scoring one goal, since making his debut as a substitute in a Champions League game against PSV Eindhoven on 9 December, 2008

The Football Association confirmed that Kelly will return to Liverpool after the Norway fixture.

Hodgson, who was recently appointed successor to Fabio Capello, named his 23-man squad for the European Championships last week.