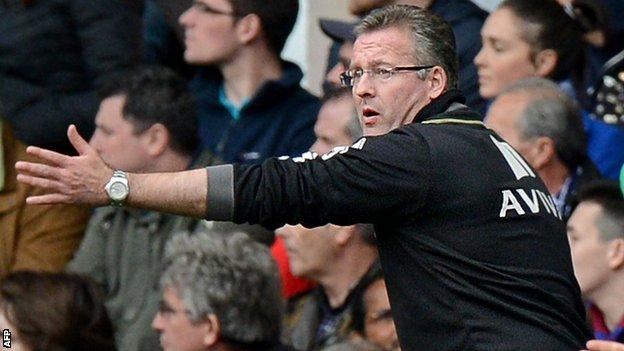 The Scot, who led Norwich from League One to the Premier League, has been linked with the Aston Villa vacancy.

Because I don't say much, people want to go on message boards and fuel things and make up absolute nonsense

"Because I don't say much, people want to go on message boards, fuel things and make up absolute nonsense."

The former Celtic midfielder stopped short of committing his future to the Canaries after last week's 2-0 win over Villa on the final day of the Premier League season.

But, following Tuesday's testimonial for defender Adam Drury, he was more bullish on the likelihood of remaining at Carrow Road.

"I don't know why people get worked up about it," he told BBC Norfolk.

Lambert has also had to dismiss reports of a dispute between him and top scorer Grant Holt.

"I've never had a fall out with Grant in one iota. I've never said I want to leave the football club.

Striker Holt featured in team-mate Drury's testimonial - a 2-0 win over Celtic - four days after he handed in a transfer request, which was rejected by the club.

He held talks with chief executive David McNally on Monday afternoon and Lambert is hopeful the situation can be rectified.

"I think enough's been said over what's happened and hopefully that will get resolved. I'm pretty sure it will," he said.

"I think it's a private matter and I think it should remain that way."