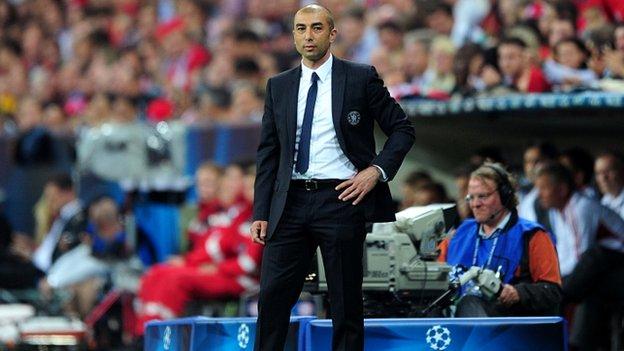 Di Matteo took over as caretaker from Andre Villas-Boas in March and has led the Stamford Bridge side to victory in the Champions League and FA Cup finals.

But the Italian is waiting to find out if he has the job on a full-time basis.

"I hope Roberto is the new Chelsea manager. He can't do much more than he has done already," said Bevan.

As well as the vacancy at Chelsea, Liverpool and Aston Villa are also looking for new managers after parting company with Kenny Dalglish and Alex McLeish respectively.

Bevan also confirmed to BBC Radio 4's Today Programme that as of last Thursday, Villas-Boas had not been contacted by Liverpool over their post.

And he also stressed the importance of good communication when it came to managerial appointments.

"With Liverpool or any club, what is important with the next manager is that the goals and expectations of the owner and the club are in line and you communicate that well to your fans," he said.

"If you do that, you will get more time to impart your culture and philosophy to the club and you will be successful."

Bevan added: "In Liverpool's case, if you go back to the boot room era of Bill Shankly and Bob Paisley and Joe Fagan and the values that Kenny Dalglish and Graeme Souness had, history will teach you a lot about stability and stability will bring you success.

"I'm in the business of promoting long tenure for managers but I've been in the job four years and since then there have been 200 managerial changes with 140 sackings.