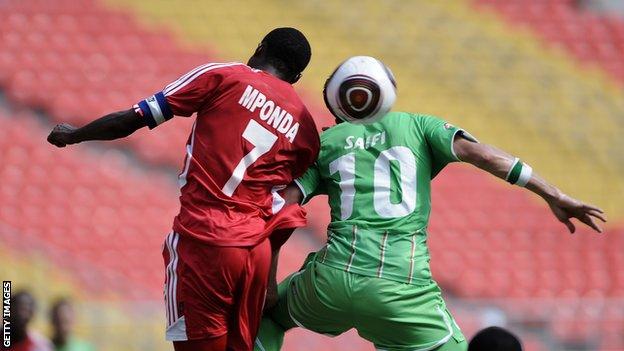 Malawi captain Peter Mponda and four others are missing from the Flames' squad for their World Cup qualifiers against Kenya and Nigeria next month.

Mponda and midfielder Tawonga Chimodzi will remain with their South African club Santos, who are battling relegation from the top flight.

Midfielder Robert Ng'ambi is ill, while defenderes Harry Nyirenda and Elvis Kafoteka are out with injury.

The squad will travel to Tanzania for two matches in the build up to their qualifiers and coach Phiri is optimistic despite the set-backs.

"I travelled to China two weeks ago with a squad of local players, who did not disappoint - and I have all the confidence that they will pull off a surprise in Kenya," the coach said.

"The two friendlies in Tanzania will give me a good assessment of the team and provide and insight into how east African teams play."

As well as their World Cup qualifiers, Malawi face the second leg of their Africa Cup of Nations preliminary tie with Chad in June.

Chad lead the tie 3-2 from the first leg but the second leg will be played in Blantyre.