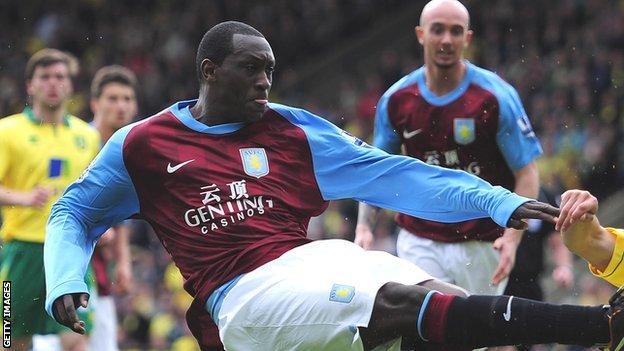 Striker Emile Heskey is one of three senior players who have been released by Aston Villa.

The 34-year-old former Liverpool and England player revealed he would not be receiving a new contract from the Midlands club earlier this month.

Defender Carlos Cuellar, 30, has also parted company with Villa but the Spaniard is keen to remain in England.

Goalkeeper Brad Guzan, 27, is the third first-team squad member to be leaving Villa Park at the end of his contract.

Heskey, who joined Villa from Wigan during January 2009, has made it clear he wants to continue playing and has been linked with his first club, Leicester.

He has been hampered by an Achilles problem this season but returned to the side during the latter part of the campaign.

He scored 15 goals in 111 appearances for Villa, but had not scored for the club since August with most of his appearances during the 2011-12 season coming from the bench.

Cuellar joined from Rangers five years ago and has been a versatile squad member for Villa during his 123 games for the club, playing in a variety of defensive positions.

American international keeper Guzan has largely had to play understudy to Brad Friedel and then Shay Given since joining the club from American side Chivas in August 2008.

He made 32 appearances for Villa and played 16 games for Hull during a loan spell from January to May 2011.