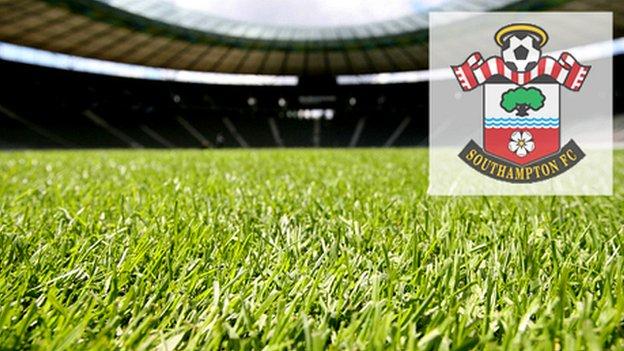 Newly promoted Southampton have moved the latest crop of talented youngsters from their successful academy to the first team squad.

James Ward-Prowse, Calum Chambers, Luke Shaw and Jack Stephens will be looking to follow in the footsteps of Theo Walcott and Alex Oxlade-Chamberlain.

Both Walcott and Oxlade-Chamberlain, both of whom are now with Arsenal, are in England's Euro 2012 squad.

We don't want to go down the route of buying established top-class players from all round the world, we want to be able to bring in young players schooled in the Southampton way

Saints are also planning to expand their search for young African talent.

Ward-Prowse, 17, is a midfielder who last September made his first-team debut in the Carling Cup. Chambers, another 17-year-old midfielder, has played three times for England's Under-17 team.

Full-back Shaw, 16, came on as a substitute in Saints' fourth round FA Cup tie against Millwall, and 18-year-old Stephens, a central defender, also appeared in last season's FA Cup.

"We don't want to go down the route of buying established top-class players from all round the world, we want to be able to bring in young players schooled in the Southampton way," said Les Reed, executive director of the club's football development and support centre.

Speaking to BBC Radio Solent, Reed said the promotion of four players from the academy sent a message to both aspiring and established squad members.

"When we've identified good young talent we give it the best opportunity to flourish, and we committed to these boys for the long term," he said.

"That involves a scholarship and a long-term professional contract. Now they have an opportunity to grab a [first team] spot, which is an incentive for them and a message to the first team that there are some new kids on the block."

Reed added that Jaidi would play an important role in the club's expansion plans.

"We've always tried to do things differently and think out of the box, and young footballers from East Africa - Tunisia, Algeria, Morrocco, Egypt - have traditionally gone into French football.

"We think we can establish something out there and we happen to have an expert who is ready for a new challenge. No-one could be better placed than Radhi to lead the way."