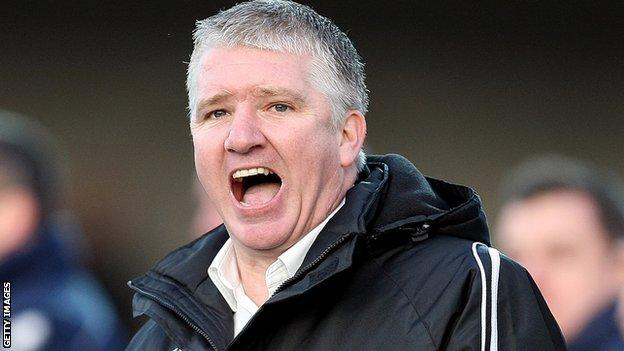 Torquay boss Martin Ling says he would like to bring Reading centre-back Angus MacDonald back to the club next season.

The 19-year-old spent three months on loan at Plainmoor this season, making three appearances as cover after Chris Robertson was sold to Preston.

"I would like to have Angus back next season," Ling told BBC South West Sport.

"I think he would be happy to come back, although Reading might want him to play more regular football."

But Ling says it is highly unlikely that England youth international MacDonald will move to Plainmoor on a permanent deal.

"It would be a loan deal from window to window, August to December," he added.

"He has a year left on his contract and I'm sure he'd want to go back to Reading for the back end of his contract in order to try and prove himself."

Ling is in the market for at least one centre-back after releasing Ed Palmer earlier this week, but could require a second if out-of-contract Mark Ellis decides not to take up the offer of a new deal at Plainmoor.

The club already have Brian Saah and first-year professional Kirtys MacKenzie committed for 2012-13.

"I would like Mark, Brian, Angus and Kirtys to be the four centre-halves for next season.

"I've offered Mark a deal that puts him in the bracket of the club's top earners, it would take him up to what the senior players are earning."

As a 23-year-old, Torquay would command a fee for Ellis if he takes up a contract offer from another club.

"I don't really know Mark's thinking," added Ling. "I would guess that he must be looking at all his options and might have something in the pipeline.

"He might want to see what the market is about and see what's about before deciding what to do."