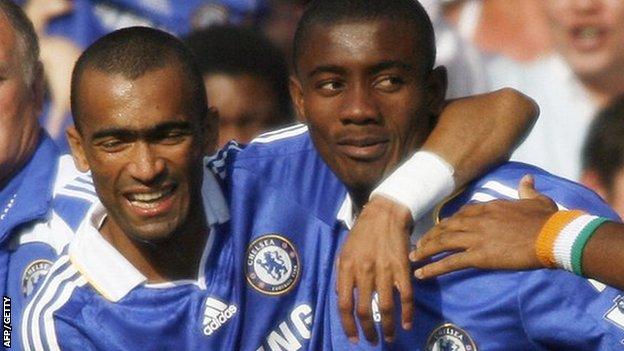 Chelsea are set to release both Salomon Kalou and Jose Bosingwa when their contracts expire in the summer.

The club will announce their retained list later on Thursday and both names are likely to be omitted along with that of striker Didier Drogba.

Kalou and Bosingwa at Chelsea

Both started the Champions League final victory against Bayern Munich on Saturday.

Bosingwa, who made 127 appearances for Chelsea, had a one-year option on his contract at Stamford Bridge but the club have opted not to take it up.

Kalou, meanwhile, made more than 250 appearances and scored 60 goals for the Blues.

Florent Malouda, Michael Essien and Paulo Ferreira all have one year remaining at the club and are likely to be invited for new contract talks over the summer.

Frank Lampard also has 12 months remaining, but is expected to agree a new deal.