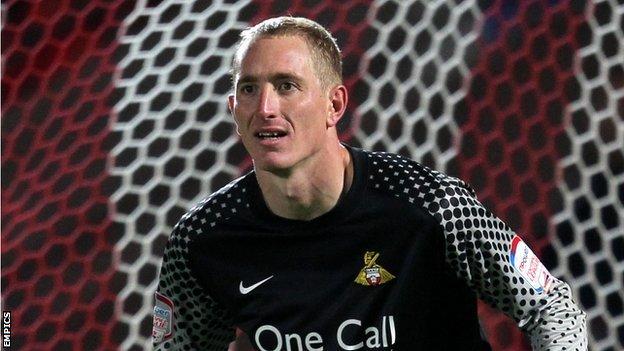 The 31-year-old will officially join the promoted Owls when his deal with the Latics runs out on 30 June.

A loan spell with Doncaster in the 2011-12 season yielded just one appearance as he was forced to return to his parent club with a back injury.

He added: "He's had one or two problems with injuries but he had an extensive medical and came through with flying colours.

"There's no guarantee that he'll be number one here. We're in the process of trying to secure a deal for Stephen Bywater and whoever plays best in pre-season will earn the right to play."

Kirkland began his career with Coventry City before joining Liverpool for £6m in 2001.

Injury blighted his spell at Anfield and, after loan spells with West Brom and the Latics, he joined the latter on a permanent deal in October 2006, going on to make 122 league appearances for them.

Jones confirmed to BBC Radio Sheffield that he was likely to be loaned out in the 2012/13 season.