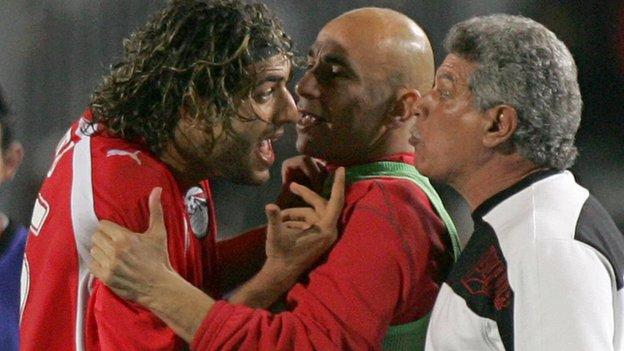 Shehata quit his post earlier this week, citing his unhappiness with the Zamalek board's refusal to meet his demands for changing his squad.

"The management thanks Mido for his services with the team throughout the last two seasons," read a statement on Zamalek's official website on Thursday.

Club officials will meet Shehata to discuss a possible return on Saturday.

The former Egypt coach had recommended dropping Mido to the Zamalek board, saying the striker was struggling to make an impression on matches.

The pair have endured a difficult relationship over the years, as exemplified by their on-field spat during an African Cup of Nations match in 2006.

Meanwhile, Manuel Jose - who stepped down as Al Ahly coach at the weekend - is reported to have signed a deal to coach Al Sadd in Qatar.

The Portuguese will join up with several Africans at the club - Algeria's Nadir Belhadj and Mamadou Niang of Senegal among them - as well as new signing Raul of Spain.