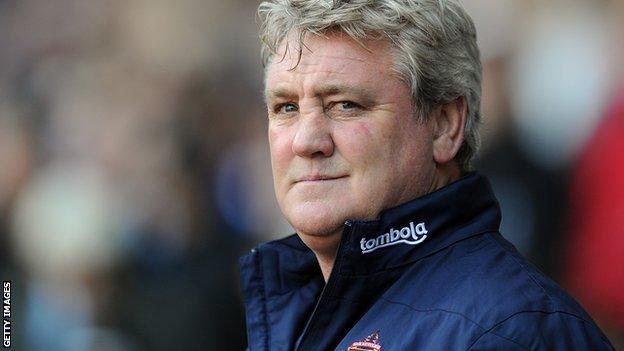 The Tigers had been managerless since sacking Nick Barmby last month.

Bruce said: "I'm looking to bring back the Premier League days if we possibly can, that's the reason I'm sitting here, for the challenge of it.

"There were a few weeks of talks and negotiations and I'm now relishing the challenge of getting the club back to where it wants to be."

Barmby was removed from his position at the KC Stadium after less than six months in charge following comments he made to the media.

Bruce, who has also managed Wigan and Birmingham in the Premier League, has been out of the game since being sacked by the Black Cats in November 2011.

After a successful playing career that saw him win three Premier League titles with Manchester United, Bruce stepped into management with Sheffield United in 1998 but moved on to Huddersfield just one year later.

Brief spells with the Latics and Crystal Palace followed before he took over at St Andrews, leading Blues to the Premier League in his first season.

He returned to the DW Stadium in November 2007 to replace Chris Hutchings and helped them to safety and a 14th-place finish before guiding them to 11th in his only full season.

Niall Quinn appointed him as Sunderland manager for the start of the 2009/10 campaign and, having finished 13th and 10th in his first two seasons, he was relieved of his duties after a poor start to the 2011/12 season saw the side record just two wins in their first 13 matches.

Former Hull midfielder Bryan Hughes, who played alongside and under Bruce for Birmingham, told BBC Radio Humberside: "I think it's a fantastic appointment, I really do.

"He's shown what his capabilities are as a manager and he's done it at the top level as well as getting promotion from this division.

"When I played under him he just gave everyone a belief that they could do well and he's great to work with.

"I think Hull have done really well to get him. It's a real coup."

Bruce has gained promotion from the second tier twice in his managerial career, helping Birmingham to promotion in 2002 and 2007.

The 51-year-old's son Alex, who was released by Leeds at the end of the 2011/12 season, said on Twitter: "Pleased to see Dad back in work with Hull City. Big challenge for him and I know he's looking forward to it, I'm sure he'll be a success!"

The Tigers, who were relegated from the Premier League in 2010, finished 8th in the Championship in 2011/12, seven points off the play-offs.