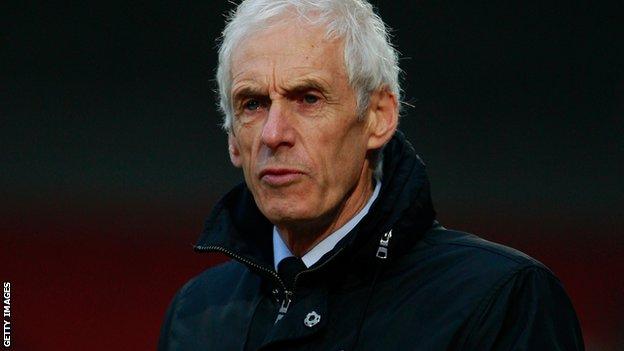 Barnet director of football Paul Fairclough says the club want to make sure they pick the right person to fill the vacant manager's post.

The Bees are without a boss after Martin Allen's short-term contract expired at the end of the season.

"We've obviously not had the formula right for the last few years so we may do things a bit differently."

He added: "We're at a moment in time where we've almost got a blank piece of paper. The club is moving forward and it's well known we've got a year left at Underhill.

"I've been looking at various models around the county.

"I want to get away from the scenario where the manager is the be-all and end-all of the club.

"Ostensibly, we tend to look for managers first, and a coach. I'm looking for a coach as opposed to a manager."

The Underhill outfit have survived relegation from the Football League on the last day of the season in each of the last three years, but Fairclough is looking for a candidate who can help the club to progress.

"The easiest thing for me [would be to] pick one of 40 or 50 managers and give a year of respite to the football club," he continued.

"I could appoint someone who I knew could do that and have a year of consolidation.

"Or we can be brave and bold find someone who we feel competent enough to do that and someone who can build a philosophy at the club."

Fairclough is in charge of identifying and assessing candidates for the hotseat, which he will then recommend to Bees chairman Tony Kleanthous.

Meanwhile, despite the fact Allen saved the club from the drop last season Fairclough says he is not an automatic choice for the full-time post.

"There is no question Martin was exactly the right person for Barnet at the moment we were in at that time," Fairclough said.

"It's not to say he's not the right person now. I am still considering all options.

"He has applied for the job amongst a lot of other applicants.

"Once I've found a couple of suitable candidates, I'll introduce those people to the chairman.

"He's got to work with the chairman but in terms of a football decision, it'll be my decision."