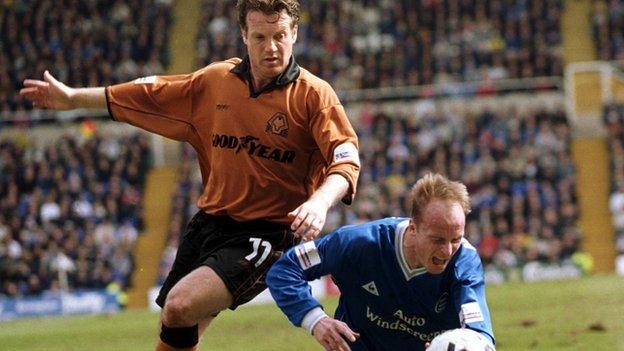 The clubs already enjoy close relations as Telford stage all Wolves' reserve games at the Bucks Head and are also linked at Academy level.

Wolves loaned keeper Aaron McCarey, now in the Republic of Ireland Under-21 squad, to Telford last year, but Sinton wants more deals to boost his squad.

"It's a relationship we'll be trying to grow," he told BBC Radio Shropshire.

"When you look at the likes of Gateshead, in our league, they regularly get Newcastle and Sunderland players.

"Wolves are right on our doorstep and you'd like to think we'd be in the frame for one or two they'd like to let out," he said.

Sinton spent three seasons at Molineux after being signed by then-manager Colin Lee in 1999.

Wolves, relegated back to the Championship earlier this month, have been playing reserve games at the Bucks Head for the best part of a decade.

And Sinton, who has just completed his second season in charge of Blue Square Bet Premier Telford, is hoping to continue the friendly relations between the two clubs when Wolves' new manager Stole Solbakken arrives to take charge in late June.