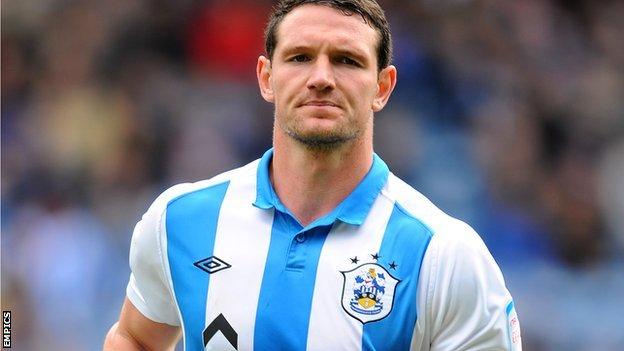 Huddersfield Town defender Sean Morrison has given his backing to the club's goalkeepers ahead of Saturday's League One play-off final.

Regular first choice Ian Bennett is doubtful with a hand injury so Alex Smithies is on standby to play against Sheffield United.

"I think they're both amazing goalkeepers," he told BBC Radio Leeds.

"Ian has got a wealth of experience and Smithies is a brilliant shot stopper who has represented England."

He added: "From our perspective we just have to crack on and hopefully, whoever plays, we'll keep a clean sheet."

The 21-year-old centre-half is on loan at the Galpharm from Premier League-bound Reading.

Having made 21 first-team appearances for the League One side he admitted that while he has enjoyed his spell with the Terriers he was leaving discussions on his future until after the final.

"It's done wonders for my game. If you're not playing first-team games then all the work you do in the reserves and in training goes to waste," he continued.

"Coming here and playing almost half a season has been amazing and I've loved every minute of it.

"I think anything that happens in my future will be sorted between chairmen but I'm not worrying about that at the moment, I'm just concentrating on Saturday."