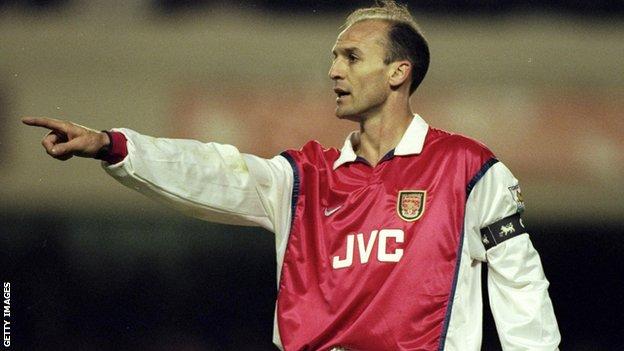 Former Gunners defender Bould won three titles and two FA Cups during 11 years as a player at the club.

"I know I have some big boots to fill with Pat having spent 44 years at the club and that is going to be the hard part," said Bould.

"It is more than excitement, it is an absolute privilege and an honour."

Neil Banfield has also been promoted from reserve-team manager to first-team coach during a reshuffle by Wenger.

"I will be learning on the job a little bit but myself and Neil Banfield are more than excited," added Bould, who had a tough reputation as part of George Graham's famous back four.

Wenger believes Bould and Banfield's experience will help Arsenal next season as they prepare for another season in the Champions League.

Arsenal recovered from a poor start to finish third in the Premier League table yet they still trailed champions Manchester City and second-placed Manchester United by 19 points.

"I have always felt it is important to have people around who understand what this great club is all about," said Wenger.

"With Steve and Neil joining the first-team staff, it ensures we carry forward our traditions and approach in a consistent way."