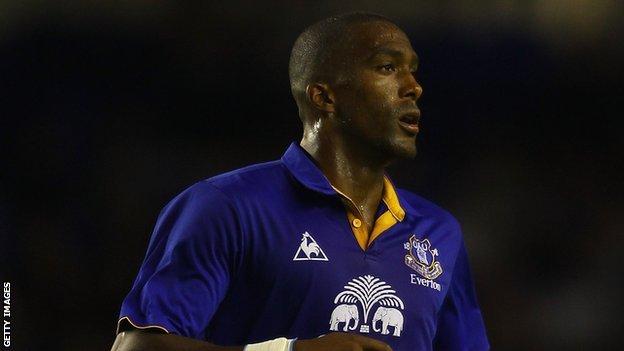 Everton defender Sylvain Distin has signed a one-year contract at Goodison Park, the club has confirmed.

The Frenchman's current deal was due to expire this summer but the club has extended it for another campaign.

The 34-year-old made 33 appearances in all competitions during the 2011-12 season and was recently voted Players' Players of the Season.

He said: "I love my job and I know how lucky I am to do this kind of job. I want to carry on as long as I can."

Distin added: "It's a good squad here with a great atmosphere. I feel so comfortable with the lads so it's a pleasure.