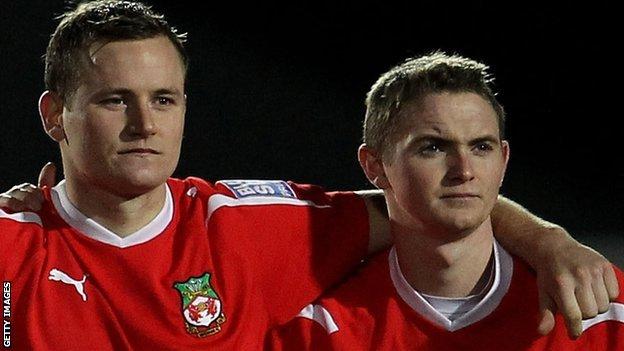 Hunt, 21, who played over 20 games last season in defence and midfield, has been given an extra year at the Racecourse Ground.

Clarke has signed on until January 2013. The midfielder, 23, won a deal last season after impressing on trial.

"I've really enjoyed myself at Wrexham and had no hesitation in extending my stay when Mozza [manager Andy Morrell] offered me a new deal," said Clarke.

"We've got a great squad here and the best fans in the league, I just hope we can go one better in 2013."

Wrexham, who lost in the play-off semi-finals for the second successive season, have also re-signed veteran midfielder Glen Little for another season.