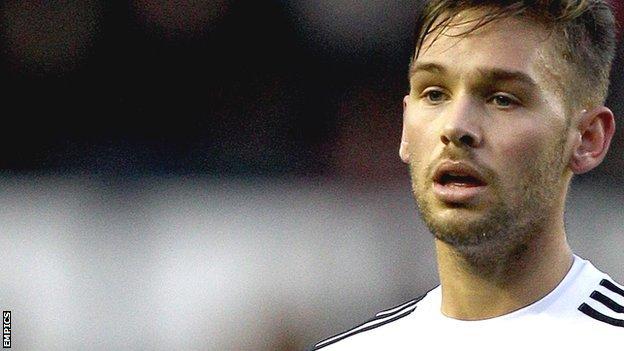 Derby County boss Nigel Clough says the emergence of midfielder Jeff Hendrick is the main reason why James Bailey has been made available for transfer.

Bailey, 23, is one of five players who will be allowed to leave this summer.

"James has suffered with the emergence of Jeff. It's nothing he has done wrong," Clough told BBC Radio Derby.

A combination of injury and some impressive displays in the 43 games played by 20-year-old Hendrick restricted Bailey to just 24 appearances last season.

Clough added: "James was a signing who did well - especially in his first season. A couple of injuries have set him back but no one could predict Jeff would come as good as he has so soon.

"And Will Hughes will be there or thereabouts next season so it's unfortunate that James is sort of surplus."

Bailey joined the Rams in a double deal with defender John Brayford from Crewe Alexandra in May 2010.