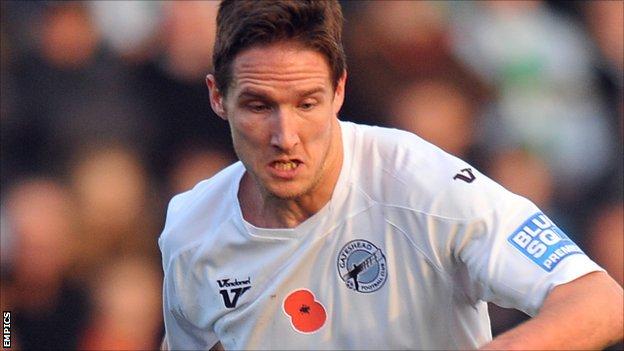 Luton Town and Oxford United are among the clubs believed to be interested in free-agent striker Jon Shaw, following his departure from Gateshead.

Long-term admirers Luton had bids rejected for the Sheffield-born forward during the season.

And Shaw has been on the radar of Oxford boss Chris Wilder since he played under him at Halifax Town.