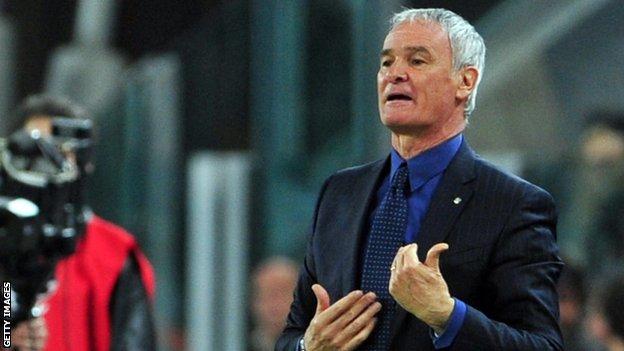 West Brom have had talks with Claudio Ranieri and Ray Wilkins about succeeding Roy Hodgson as manager.

The Baggies have also been in contact with Wilkins, who has had two spells as caretaker manager at Chelsea.

Birmingham boss Chris Hughton has been linked with the vacancy, which arose after Hodgson took charge of England.

The Italian has since managed Valencia, Parma, Juventus, Roma and Inter Milan.

He is an attractive possibility for West Brom as he is currently a free agent.

Albion made initial contact with Ranieri two weeks ago and followed up their interest by holding a second round of talks in London.

Former England international Wilkins has previous managerial experience at Fulham and QPR, but is better known for his stints as a coach at Chelsea.

Hughton, who steered Birmingham to the Championship play-offs, came close to replacing Roberto Di Matteo 15 months ago after being interviewed by Albion before Hodgson took up the post.

Hodgson left Albion after the final game of the season, a 3-2 home defeat to Arsenal, and will take charge of his first England match away on Saturday, a friendly against Norway in Oslo.