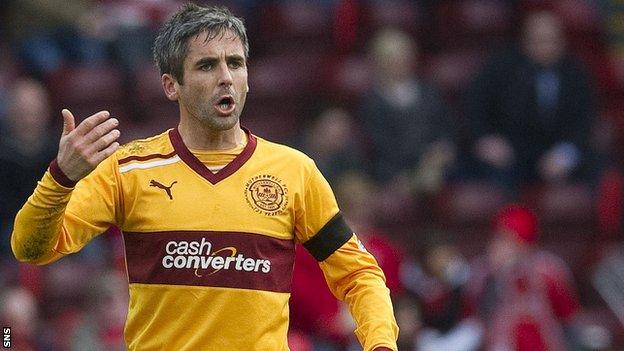 The 32-year-old midfielder has played 298 games for the club in two spells separated by a stint at Plymouth.

Lasley captained Motherwell in the latter stages of the season as the Fir Park club finished third in the Scottish Premier League.

"I am just so pleased it has been sorted out," Lasley told the club website. "I am already looking forward to next season.

"But I've been here a long time now and, with how good a season we had and how much I enjoyed it as well as the relationship I have with the fans and the club, that was certainly a swaying factor in me staying."

Chief executive Leeann Dempster added: "We are thrilled Keith has joined Stevie Hammell in staying on at the club.

"Keeping our experienced players, who are amongst our most consistent performers, was obviously high on our priority list. We are still negotiating with others but we hope both players staying will send out a message of intent."

Defender Tim Clancy this week rejected a new contract offer and has been linked with Hibernian, while Lasley's central midfield partner, Steve Jennings, is mulling over the offer of a two-year deal.