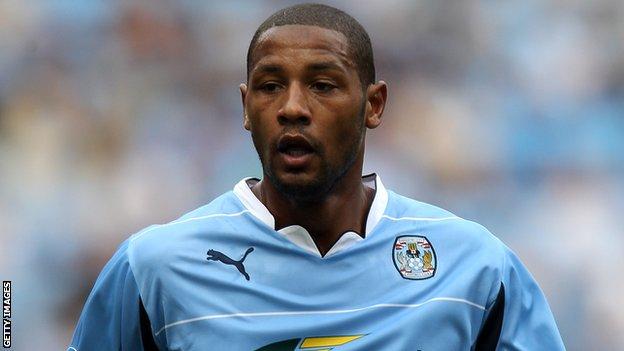 The 34-year-old, 6ft 4in striker has scored more than 100 career goals, including four for the Championship side in 33 appearances last season.

Boothroyd's first signing of the summer and we shouldn't be too surprised. When he left Colchester for Coventry, Boothroyd took Platt with him.

He's a tall target man and Boothroyd clearly rates him as a player.

His goalscoring isn't prolific and age is against him but he's an intelligent footballer and dropping down two levels should make him a force in League Two.

Manager Aidy Boothroyd said: "Clive is a player I know well and he is the most under-rated player I have ever managed.

Boothroyd added: "There was interest in Clive from clubs in the Championship, League One and League Two."

"I am always happy to bring players in who are above the level we are playing at and I think Clive is one of those.

"He is very experienced, he is a leader on and off the pitch, he has a fantastic attitude and anyone who can score more than 100 goals and play more than 600 games is someone to respect.

"Wherever he goes he scores his share of goals, but just as importantly he creates a lot more for others and I know we have agreed to sign a very good player."