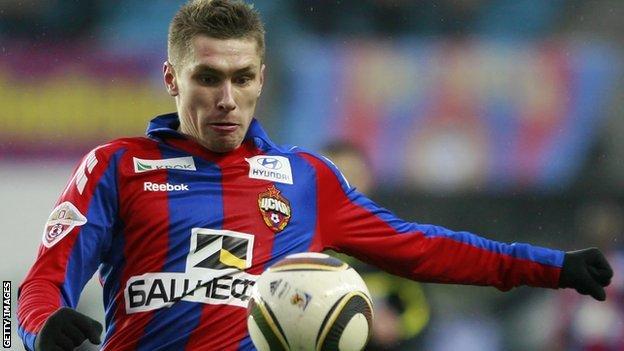 The 25-year-old was omitted from the preliminary squad but was added when Vasily Berezutsky and Roman Shishkin pulled out with injury and illness.

"We had to call up Nababkin because we were short in defence," said Advocaat.

Advocaat still only has six defenders in his squad, although wingers Yuri Zhirkov and Dmitry Kombarov also have experience in defensive positions.

"In case something happens to our starting right-back Alexander Anyukov, [Nababkin] could give us some cover," said the Dutchman, who will step down as Russia boss following the tournament to take charge of PSV Eindhoven in his home country.

"I've seen him play for CSKA. He has enough experience. We had to have a balanced squad with enough defenders, midfielders and attackers."

Captain Andrei Arshavin, who has been on loan at Zenit St Petersburg from Arsenal, and former Spurs striker Roman Pavlyuchenko, who excelled at Euro 2008 where the Russians reached the semi-finals, were also included in the final roster with Fulham's Pavel Pogrebnyak.