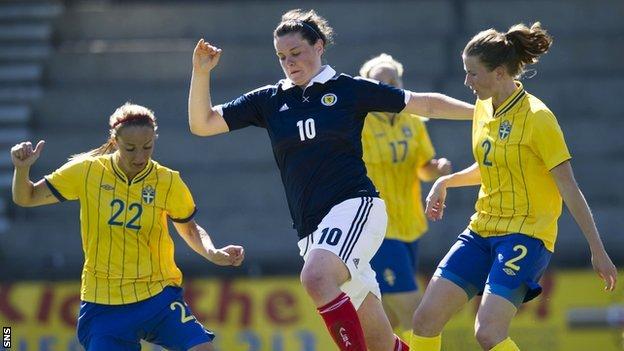 Lotta Schelin opened the scoring for the Swedes and then fired the visitors' second goal.

Kim Little scored from the penalty spot to pull one back for the Scots, for whom goalkeeper Gemma Fay made a record-breaking 142nd appearance.

Sofia Jakobsson bagged a double to complete the scoring and a convincing win for Sweden.