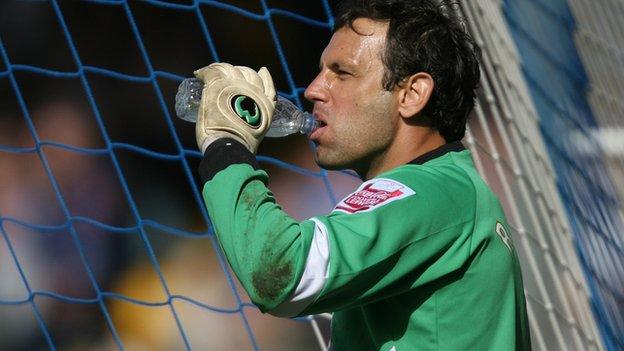 The 34-year-old was released at the end of the season by Ipswich following his third spell at Portman Road.

Wright, who helped win the Premier League title at Arsenal, will provide competition for Thorsten Stuckmann, North End's player of the season.

Preston have agreements in place to sign John Welsh, Nicky Wroe, Shane Cansdell-Sherriff, Paul Huntington, David Buchanan and David Amoo when their contracts expire with their present clubs at the end of June.

"He has won major honours at the top level and represented his country.

"That sort of knowledge and will to win will be an excellent addition to a squad that is starting to take shape nicely."

Ipswich-born Wright also spent a season at both West Ham United (2007-08) and Sheffield United (2010-11) and had a short loan spell at Southampton.

He made his England debut in a friendly against Malta in 2000, saving a late penalty in a 2-1 victory for Kevin Keegan's side.

He was part of the squad for Euro 2000, serving as back-up to David Seaman and Nigel Martyn.

Wright's second and final cap came in a friendly defeat to Holland in August 2001.