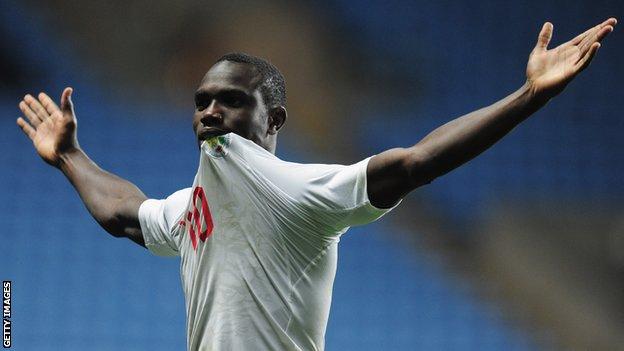 Cameroon and Senegal both earned important friendly wins in the build-up to June's World and Africa Cup of Nations qualifiers.

Senegal beat Morocco 1-0 in Marrakech while Cameroon defeated Guinea 2-1 in the French city of Metz.

Senegal's win is a boost for new coach Joseph Koto, who took over at short notice earlier this month.

Cameroon's win came after a meeting between players and government to resolve long-standing problems.

Cameroon face a marathon month in June, with 2014 World Cup qualifiers against DR Congo and Libya, follwed by a 2013 Nations Cup second-leg preliminary game against Guinea-Bissau.

Football in the country has been in turmoil in recent months, with captain Smuel Eto'o being suspended following a strike last year, and calls from legendary former player Roger Milla for wholesale change at the federation, Fecafoot.

But the win for Denis Lavagne's team - secured by a brace of goals from Eric Maxim Choupo-Moting - will offer hope that the Indomitable Lions have turned the corner at the right time.

Senegal too have been going through many problems, after a dreadful Nations Cup earlier this year - and the decision by Pierre Lechantre not to take on the job of coaching the national team.

But the country earned a place at the Olympic Games in London last month, and it was one of the start of that young team - Moussa Konate - who got the goal which gave them victory over Erik Gerets' Morocco.

The Atlas Lions face problems of their own, with World Cup games against The Gambia and Ivory Coast coming up.

In other friendly matches, Algeria had an impressive 3-0 win over Niger; Sierra Leone were beaten 4-0 by Jordan and there were draws in the games between Tanzania and Malawi, Mozambique and Namibia and Burkina Faso and Benin.