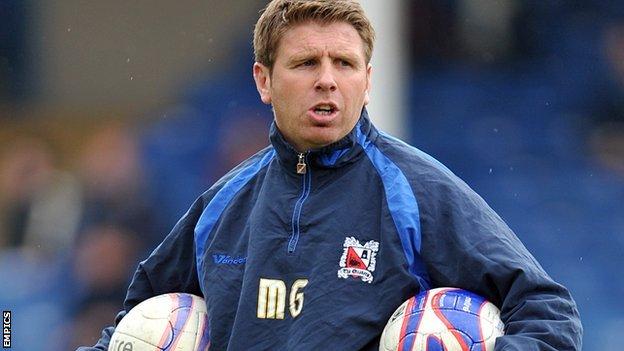 Gray retired as a professional following a stint at the old Feethams in September 2001, and became reserve and youth team coach.

The 40-year-old remained at the club until June 2010, following a spell in temporary charge.

Former Sunderland and Quakers team-mate Brian Atkinson will be his assistant.

Darlington played in the Blue Square Bet Premier this season but have been relegated four divisions and will play in Northern League Division One in 2012-13 after severe financial problems.