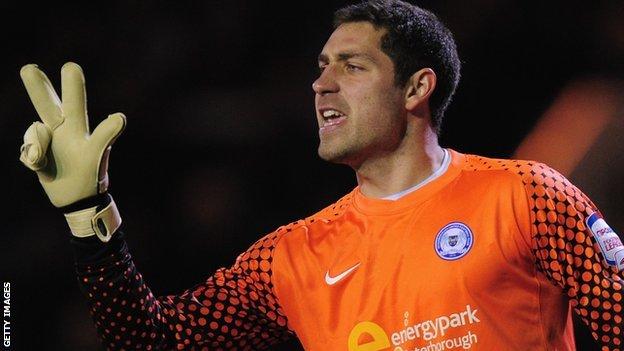 Crawley Town have signed goalkeeper Paul Jones from Championship side Peterborough United on a two-year deal.

Jones, 25, was a regular for the Posh in 2011-12 but will drop a division to play at Crawley, who won promotion from League Two to League One.

"It didn't take me long to decide I wanted to be part of an ambitious club like Crawley," said Jones.

"It's a great set-up with Steve Coppell and Sean O'Driscoll and I can't wait to get started in pre-season in July."

"He is a commanding presence and has lots of experience at Championship level.

"We're delighted he is here and we think our supporters will enjoy watching him."

Jones joined Peterborough in January 2011 from Exeter but was out of contract at London Road this summer.