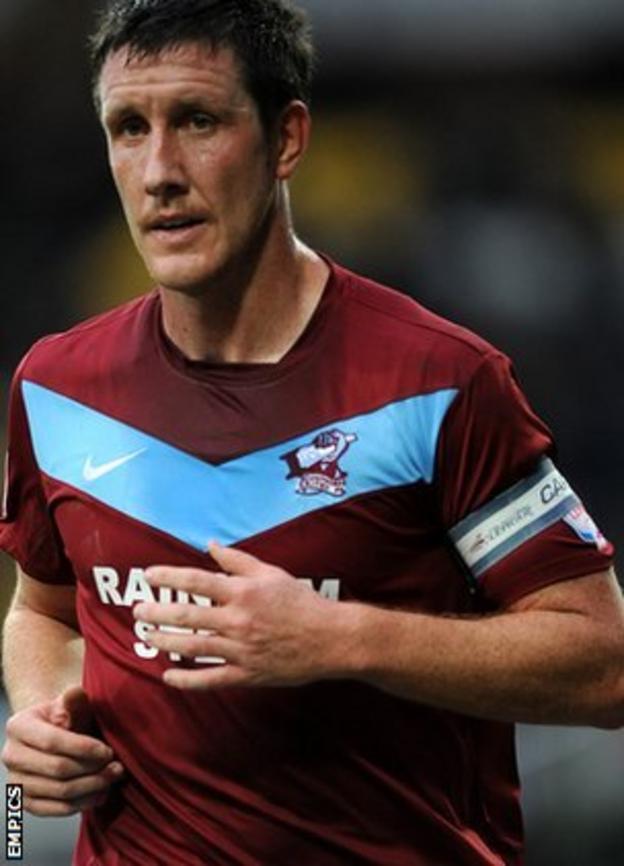 Outgoing Scunthorpe defender Cliff Byrne has revealed the details of his benefit match.

The game will be contested between the club's 2009 League One promotion winning side and an Iron select XI on 29 July.

"I've spoken with Nigel Adkins and Brian Laws and they're both on board," he told BBC Radio Humberside.

"Andy Keogh, Andy Dawson and Billy Sharp are all definites and I'm waiting to hear back from a few more."

He added: "I'm trying to get hold of Gary Hooper but I gather he's keen so hopefully Celtic will let him play.

"I've had a terrific response from the lads and that's been brilliant. Hopefully it will make for a very good day.

"It'll be a good chance for fans to see past legends, some of their favourite players and familiar faces."

Byrne, 30, made 266 league appearances for the Iron in a nine-year stay before being released by boss Alan Knill at the end of the 2011-12 campaign.

The date of the match has been chosen to coincide with the Iron's open day.