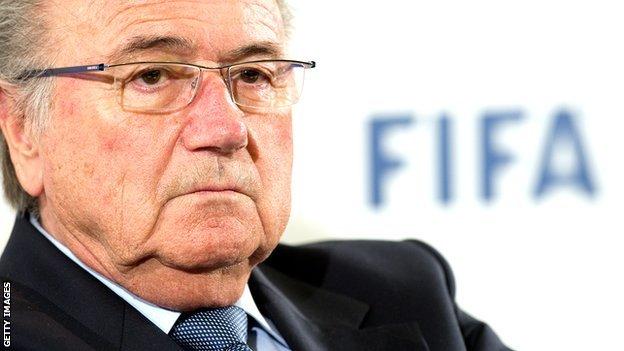 Ocampo, 66, has experience of leading war crimes investigations at the International Criminal Court.

The Argentine is expected to be confirmed next month, and will investigate allegations of corruption or ethics rules breaches.

Ocampo's chamber will bring charges, while a separate arm will judge cases.

"[This is] an important step on Blatter's road map to reform. But the sport's ruling body still has a very long way to travel."

In March, football's governing body announced a wide-ranging overhaul of its governance, in light of a series of corruption allegations that have rocked the organisation over the last 18 months, concerning both World Cup bidding and the presidential election.

A double ethics chamber, with one arm overseen by Ocampo, is an attempt to improve the efficiency and reputation of Fifa in this area.

Veteran lawyer Ocampo was appointed as the first chief prosecutor of the ICC in 2003, but is stepping down from his position at The Hague in June.