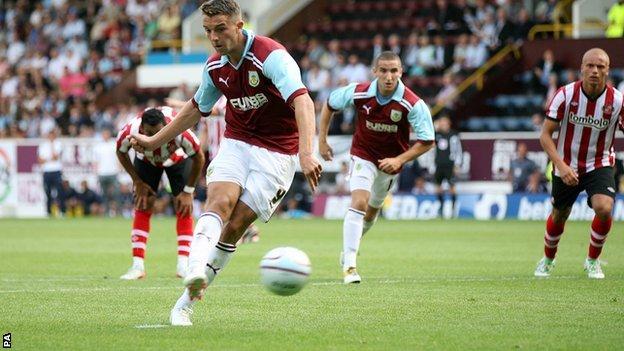 The striker, 22, scored 21 goals for the Clarets last season.

A host of Premier League clubs, including Aston Villa, Everton, Wigan and Norwich, are still hopeful of signing the forward, who has also been the subject of a bid from Cardiff.

The Clarets have refused to comment but BBC Radio Lancashire reports that the Southampton bid has been accepted.

Rodriguez, who was named in the Championship team of the year by the Professional Footballers' Association last month, is currently on holiday and a deal is not thought to be imminent.

Last month Southampton manager Nigel Adkins said he was already looking for players to improve his squad after they were promoted to the Premier League.

Burnley-born Rodriguez started his career at his hometown club, scoring 41 goals in 128 appearances overall. He has made one appearance for the England under-21 side.