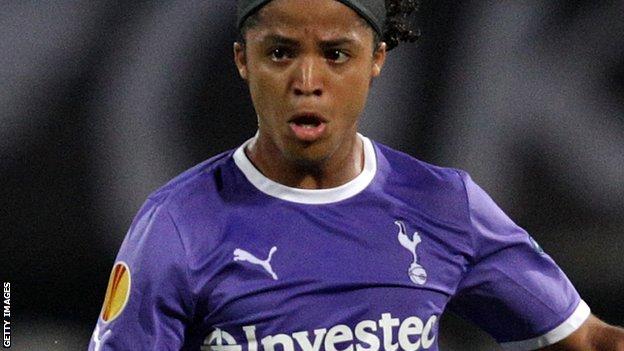 Dos Santos has a year left to run on his contract at White Hart Lane but has grown frustrated at his lack of first-team opportunities.

The Mexico international has had loan spells with Ipswich, Galatasaray and Racing Santander.

The 23-year-old is set to hold talks over his future with Spurs chairman Daniel Levy.

Boss Brendan Rodgers was in attendance as the forward turned in an excellent display for Mexico in their 2-0 win over Wales in New York.

It is understood that any move for Dos Santos would be a loan deal with Swansea, who are set to break their transfer record to sign Gylfi Sigurdsson on a permanent basis.

The Swans have agreed a fee of £6.8m with Hoffenheim for Sigurdsson, who scored seven goals in 18 appearances during a loan spell at the Liberty Stadium.

The Iceland international has already agreed personal terms and is expected to undergo a medical on Tuesday before he completes his move.