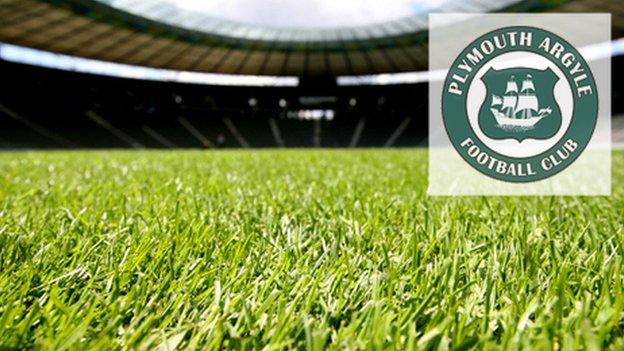 The former Scunthorpe striker scored 11 goals in 27 appearances for Woking last season as they won promotion to the Blue Square Bet Premier League.

He began his career as a trainee at Portsmouth before making his Football League debut on loan at Grimsby in League Two in January 2010.

He moved to Scunthorpe on a free transfer in October 2010 but made just one substitute appearance for the club.

The London-born striker made three appearances in the Blue Square Bet Premier for Rushden while on loan at the club towards the end of the 2010-11 season, scoring one goal, and will officially join the Pilgrims on 1 July.

He was released by Scunthorpe last summer and was picked up by Woking.

Argyle have not revealed how much compensation they will pay Woking for Cowan-Hall, who had been offered a new deal by his current club, nor how long his contract at Home Park will be.