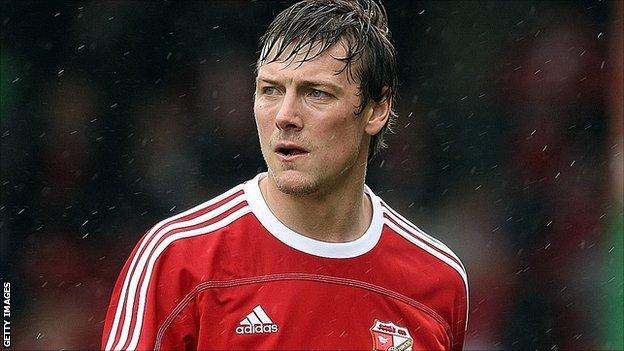 Preston have taken their tally of summer signings to 11 with the arrivals of Lee Holmes, John Mousinho and Jeffrey Monakana on free transfers.

Winger Holmes, 25, left Southampton after four years on the south coast and ended last season on loan at Swindon.

He has agreed a two-year contract at Deepdale, effective from 1 July.

Mousinho, who played under Graham Westley at Stevenage, will also sign a two-year deal, while Monakana has agreed a 12-month contract.

It is vital we have pace, balance, width and good technical quality in our squad next season

The former Arsenal youngster spent time on trial with Preston at the end of last season.

North End boss Westley told the club website: "It is vital we have pace, balance, width and good technical quality in our squad next season.

"Both Lee and Jeffrey bring exciting qualities to the club in those regards.

"We will be an attacking team and, to be that, you have to have positive attacking players."

Chairman Peter Ridsdale added: "We are more than halfway through our recruitment process now.

"We have been working carefully towards getting our first-choice targets in all areas and we are very happy with the progress we have made so far."

After allowing 21 players to leave the club at the end of the campaign, Westley has been busy in the transfer market as he prepares for his first full season with Preston.