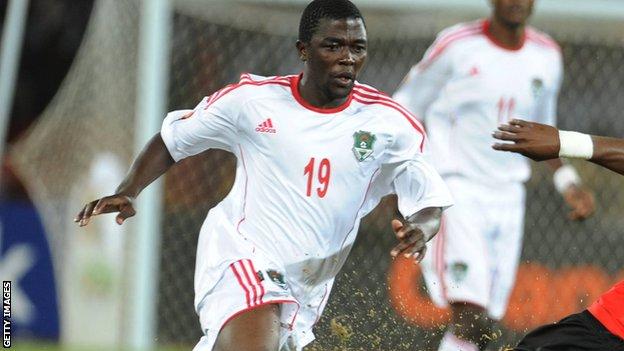 Angola prepared for June's 2014 World Cup qualifiers with a goalless draw against Macedonia in Lisbon on Wednesday night.

The Palancas Negras open their Group J campaign at home to Uganda on Sunday.

On Tuesday, Malawi drew in Zanzibar and Botswana were held by Iraq as African teams continued their preparations for the start of the Brazil 2014 campaign.

Zanzibar scored with the last kick of the match on home soil to hold the Flames to a 1-1 draw.

Midfielder David Banda had given Malawi the lead just after half-time only for Zanzibar to pull level late on.

Elsewhere, Botswana newboy Lemponye Tshireletso netted in the 1-1 draw against Iraq in Istanbul.

His strike came in the dying moments after Karar Jassim had opened the scoring for the Asian side after just five minutes.

Botswana open their Group A campaign at the weekend when travelling to take on Central African Republic before hosting South Africa in Gaborone on 9 June.

Like the Zebras, Malawi are bidding to qualify for their first World Cup finals and they take on Kenya in Nairobi on Saturday as their Group F campaign gets underway.

A home match against Nigeria follows on 9 June and despite two successive friendly draws, with the Flames having drawn 0-0 in Tanzania on Saturday, Malawi coach Kinnah Phiri is happy with his preparations.

"I managed to rotate the squad and try new approaches to away games and from what l have seen, it will work in Kenya," he said after Monday's game.

Africa's qualifying road to the 2014 World Cup in Brazil begins in earnest this week as 40 teams bid to take the five places available to the continent at the finals.